This week the WordPress Challenge is simply titled: Mirror.

This week, show us a mirror. You can take this photo challenge literally, and find reflections in mirrors, or in the stillness of a natural body of water. Live in an urban area? Some skyscrapers are beautifully reflective of the cityscape around them. Or, use this challenge to take a photo of yourself in the mirror.

I had a look through some of my photos and was amazed at how many meet this challenge — as I have commented in the past, quite often one takes a photo with something in mind, only to find out that over time that same photo can mean something else.

Brilliant colours of the Vivid Festival in Sydney, 2014, reflected everywhere including the water.

Brilliant colours of the Vivid Festival in Sydney, 2014, reflected everywhere including the water.

The Brisbane City Hall mirrored in a coffee shop.

Life inside the cafe as well as outside are mirrored here.

A mirror of the surrounding area where a city cat is sailing along the Brisbane River…off the bulkhead of the vessel.

Sunset reflects onto the water in this shot from the Brisbane River.

I hope you enjoy my shots!

This week the WordPress photo challenge revolves around the idea of framing:

We frame what we see through our lens. And it tends to be a process, whether you use the golden ratio, the rule of thirds, or just aim for the right balance.

But what about how the world frames itself?

Whether it’s through an actual picture frame, a few stalks of grass, or even the spokes of a bicycle tire, find an alternative frame to the world around you and share what you see!

I was thinking about the way nature frames itself, and had a perfect example of that in mind.  Then before posting this, I read the post of a favourite blogger/photographer, Rob Paine, who has a couple of fine examples of what I was thinking — check his post out here.

So my example is one I took a while back of the view of a valley below some mountains I was driving along.  Not only was the view framed by the natural flow of the ridges, but the clouds had joined in to complete the frame.

This week, the WordPress guest blogger has decided that we should express our ideas around the idea of Fun:

This week’s theme is simple: share a photo of something fun! Let’s all shake our booties, literal or figurative.

So much to work with, and many possibilities in my own collection of photos. I’ve settled on 2 I took last summer — at a night market here in Brisbane (Australia).  I love the experience of browsing various wares at night, especially on a balmy summer’s night.

Night markets – so much fun to amble through

Bargains for all…oh what fun!

I haven’t posted for a little while, so am trying to catch up, and will just start with last week’s photo challenge, Narrow.

This week, let’s keep things narrow (but not narrow-minded!): share a photo with your take on the theme. You could focus on a slender object, or shoot an image where your field of vision is restricted. Alleyways and half-open doors, seesaws and water slides, spaghetti and electric cords… the world is full of narrow things.

I spent a weekend away at a B & B in rural Australia, a few hours drive from where I live in Brisbane.  Most of my photos have been centred around the waters of the Brisbane River as well as the coastline of south-east Queensland. So it was a nice change to get out into the countryside and capture a different side of Australia.

Driving down a random road, I came across a group of people standing by a rail line, cameras at the ready.  Instead of enquiring, a quick check of the sign close-by told me what was coming — a steam train, which was being put through its paces, as a part of the process of being fully restored.

I hadn’t seen a steam train in years, and looking at the narrow track it would be on very soon, I wondered if it would fit.  As a kid, I recall these huge monster sized machines, puffing smoke and steam like an angry dragon. Soon those memories came flooding back as the distinct sound of the engine releasing steam was heard as it approached my location. As I remembered, the loco was powerful and seemed to pull the carriages with little effort.

The sound and then the vision appeared…and it thundered toward us and past us, before disappearing down the narrow gauge railway track.

It seems too narrow for a train?

It’s upon us, steam and smoke bellowing from its chimney

Soon past, heading toward a narrow tunnel…will it make it? 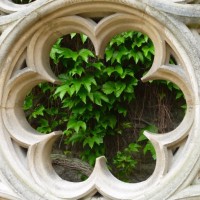 My obsession with Martha's Vineyard.. phototography..genealogy and life in general and this and that...